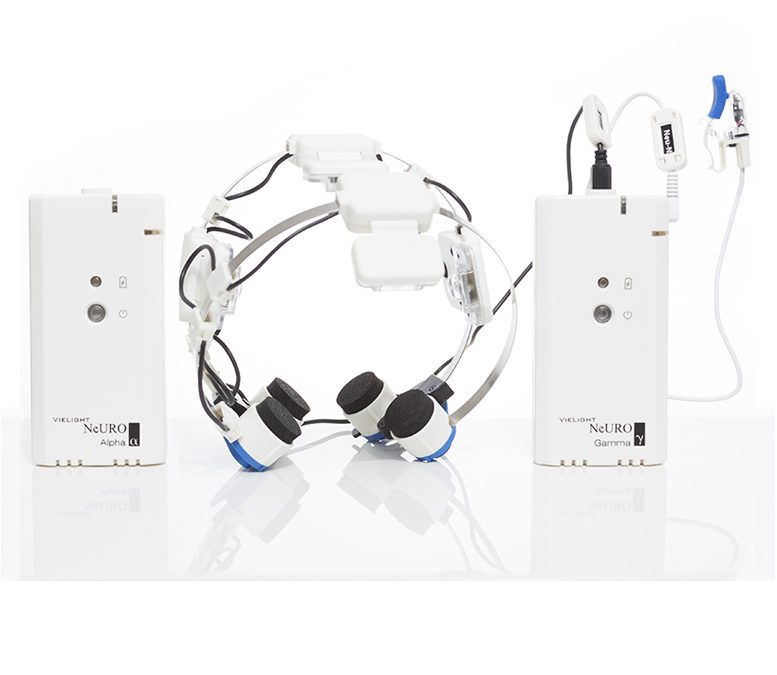 We are pleased to announce that our Vail and Frisco offices will be offering photobiomodulation through the Vielight. This is an add on to our current Neurofeedback services but can also be a stand-alone treatment. We have both the Gamma and Alpha models. 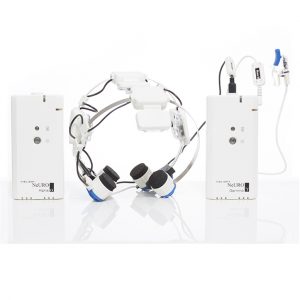 Vielight is great if you’re ready to…

The VieLight Neuro Alpha and Neuro Gamma are next-generation transcranial-intranasal brain photobiomodulation headsets, with varying pulse frequencies. These devices utilize state-of-the-art microchip technology to boost photonic 810nm power density within the transcranial clusters, reaching 300% of the power output of the original Neuro. Their engineering team has downsized equivalent technology into the intranasal diode. Each session is auto-timed for 20 minutes, resulting in specific total irradiation with near-infrared photons of sufficient power density per cycle.

So what’s the difference between the two? In the VieLight Neuro Alpha, a 10 Hz pulse rate correlates with alpha brainwave oscillations and overall enhanced cellular light absorption for overall neuronal photobiomodulation. In the VieLight Neuro Gamma, a 40 Hz pulse rate correlates with gamma brainwave oscillations and specifically, enhanced memory function and cognition.

There’s actually even a smaller version too, the VieLight 810, which is designed for intranasal use only, rather than full head photomedicine. The VieLight 810 is a non-laser intranasal brain photobiomodulation device. The gentler brain stimulation (relative to the Neuro) is engineered for everyday use. The 810 nm power density capacity of its intranasal diode is approximately 33% of the VieLight Neuro. Each session is auto-timed for 25 minutes.

Photobiology is simply the study of the effects of non-ionizing radiation on biological systems. The biological effect varies with the wavelength region of the radiation (in this case “radiation” is not a bad term, but rather a completely natural phenomenon, similar to sunlight). The radiation is absorbed by molecules in skin such as DNA, protein or certain drugs. The molecules are changed chemically into products that initiate biochemical responses in the cells.

Biological reaction to light is nothing new or unnatural, and there are numerous examples of light-induced photochemical reactions in biological systems. Vitamin D synthesis in our skin is an example of a photochemical reaction. The power density of sunlight is only 105 mW/cm2 yet when ultraviolet B (UVB) rays strikes our skin, it converts a universally present form of cholesterol, 7-dehydrocholesterol to vitamin D3. We normally experience this through our eyes which are obviously photosensitive – our vision is based upon light hitting our retinas and creating a chemical reaction that allows us to see. Throughout the course of human and plant history, photons have played a vital role in photo-chemically energizing certain cells. 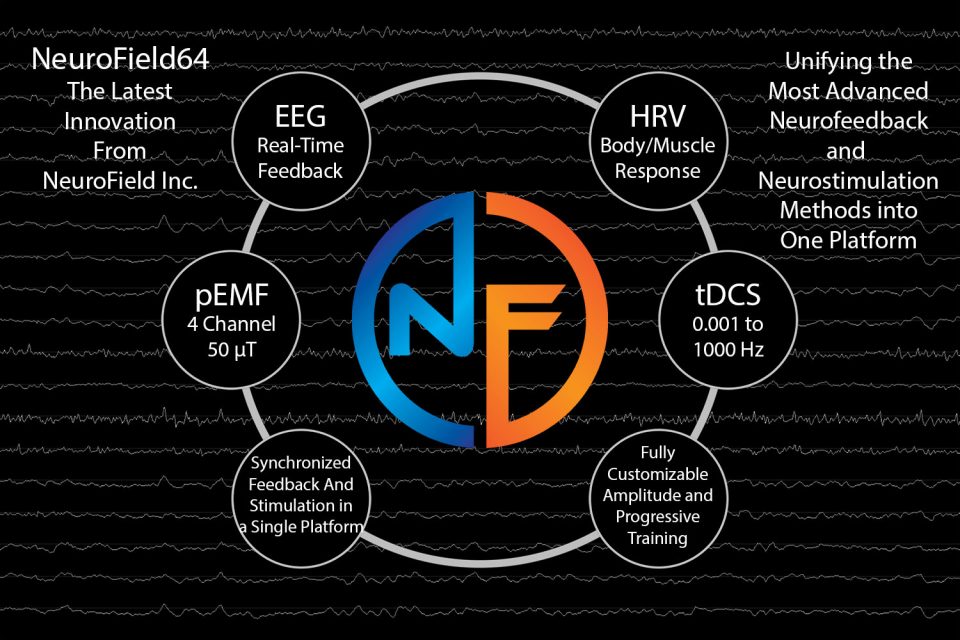 We are pleased to announce…

This site uses Akismet to reduce spam. Learn how your comment data is processed.