What is Neurofeedback Therapy?

“If any medication had demonstrated such a wide spectrum of efficacy, it would be universally accepted and widely used.”

Neurofeedback, a branch of biofeedback has foundations in applied neuroscience and is the intersection between psychology and neurophysiology.  This intervention uses monitoring devices to provide real time information to an individual about their physiological functioning, which is not consciously available.  Neurofeedback feeds back an individual’s Electroencephalography [EEG] so they can create changes in surface electrical activity associated with the central nervous system.  Beginning with a qEEG or measurement of the electrical patterns at the surface of the scalp, this measurement reflects the cortical electrical activity or brainwaves. The qEEG is used to guide treatment protocol selection.  During neurofeedback training, sensors are placed on an individuals scalp and connected to an amplifier and computer that amplify the brain waves and records brain activity. This information is fed back so they can create desired brain wave changes [ISNR] and thus demonstrate neuroplasticity.

Dr. Cory Hammond (2011) from the University of Utah, School of Medicine explains that ordinarily patients cannot reliably influence their brainwave patterns because they lack awareness of them.  When they can see brainwaves on a computer screen a few thousandths of a second after they occur, it gives them the ability to influence and gradually change them. The mechanism of action is Operant Conditioning and involves reconditioning and retraining the brain.  At first, the changes are temporary, gradually however they become long lasting as the brain learns new patterns.

In neurofeedback, clients are shown direct feedback of brainwaves with the intention of shifting maladaptive patterns.  Clients learn how to increase or decrease amplitudes and connectivity of surface electrical activity in the brain through auditory and visual feedback, often through playing a video game or a modulated movie that is controlled through the patient hitting targets predetermined by the clinician. 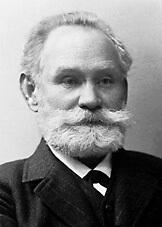 Pavlov did thousands of experiments on conditioning a response. He started by injecting meat powder in a dog’s mouth and then ringing a bell. The dog would salivate because of the meat powder. But, eventually the dog became familiar with the bell ringing and began to salivate with just the sound of the bell, without the presence of the meat powder. This conditioned response changed how we perceive many of the body’s functions. Simply put – it’s trainable.

The beginning of neurofeedback can be traced to Richard Canton in 1875.  Canton believed that the brains electrical activity fluctuates after mental activity and explored this theory by implanting electrodes on open areas of animals brains. 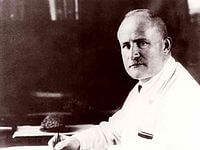 Hans Berger followed Canton’s interest in the EEG and became the first person to record EEG wave-forms on paper, discovering the alpha wave of 8-12 Hz, recognized as the Berger wave.  In addition to differentiating the beta and alpha wave, Berger proved aberrations in the EEG may emulate issues clinically (Criswell, 1995).

Skinner was the first to describe operant conditioning. Building upon Pavlov’s research, Skinner created “Skinner’s box.” Still used in various forms today, the box allows for an animal to press a lever to obtain food as a type of reinforcement. His research illustrated that learning can be strengthened and reinforced with rewards. 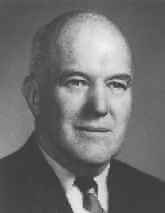 Miller, along with others, discovered that a scientist can apply sensitive electronic ‘readers’ to the brain and gather meaningful information about physiologic processes. In turn, the subject gains greater awareness and control over their physiology and can self-regulate more effectively. 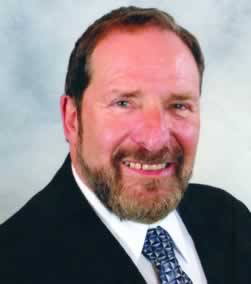 Working out of the University of California, Los Angeles, Serman conducted experiments on sleep and the ability to fall asleep.  Sterman and colleagues created an Operant Conditioning experiment design where cats were trained to get a food reward and later expect a feed reward when a light turned on.  When an auditory tone was present, there was no food available. The cats’ EEGs were measured using surgically implanted electrodes in their skulls showing a rhythm in their sensorimotor cortex that Sterman named sensory motor rhythm [SMR] at 12-15 hertz.  When the cats increased SMR sterman then offered the food reward. These SMR bursts were found to increase and improve sleep.

After these studies, Sterman was hired to study the effects of rocket fuel called monomethylydazine [MMH].  He introduced MMH to 50 cats and within an hour most of the cats experienced seizures. However, the cats that had increased SMR in the earlier study were resistant to the onset of seizures.  Sterman realized the impact of earlier training accidently. He focued on human trials and an employee in his laboratory volunteered to be his first human subject. Experiencing nocturnal seizures, this subject trained to increase SMR over a period of four months with significant reduction in seizure activity.  This research was subsequently published.

Dr. Joel Lubar gained interest in Dr. Sterman’s studies and continued this work with trials examining Attention Deficit-Hyperactivity Disorder.  He was able to train down ADHD by inhibiting theta waves in the prefrontal cortex and rewarding beta waves in the parietal lobes. This is understood as classic ADHD.

In 1963 Joseph Kamiya set out to understand if it were possible for an individual to intentionally observe and shift brain waves.  He was able to demonstrate a trainee increasing the alpha band after rewarding the trainee with verbal praise when the desired threshold was hit (Nowlis & Kamiya, 1970).  Interest in the EEG was growing.